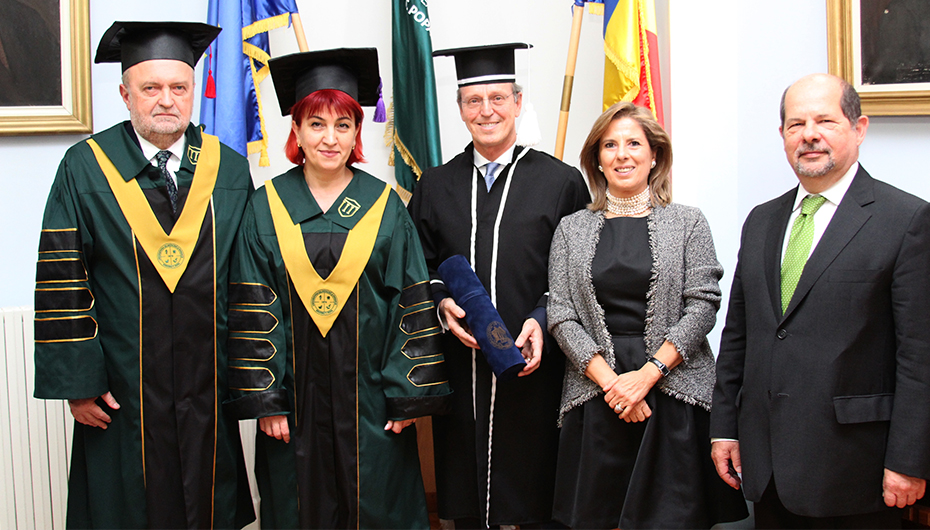 ON THE OCCASION OF BESTOWING THE TITLE OF DOCTOR HONORIS CAUSA OF “GRIGORE T. POPA” UNIVERSITY OF MEDICINE AND PHARMACY OF IAȘI, ROMANIA

Full Professor of Forensic Medicine, Forensic Sciences, Ethics and Medical Law at the Faculty of Medicine of the University of Coimbra, Portugal

Dean of the Faculty of Medicine of the University of Coimbra, Portugal

Esteemed members of the Senate of the “Grigore T. Popa” University of Medicine and Pharmacy of Iasi,

The assumed mission of our University is to cultivate, recognize and promote academic and scientific excellence.

On this occasion, I have the utmost privilege to voice

in the honor of one of the most important personalities in the field of Legal Medicine, with key contributions to the development of this field internationally.

Professor Dr. Duarte Nuno Vieira graduated in Medicine (M.D.) in 1983 at the University of Coimbra, and four years later- in 1987- he obtained the Master Degree (MSc) in Occupational Health at the same University. In 1992 he obtained his PhD Degree in Medical Sociology and in Forensic Medicine from the Universities of Coimbra and Santiago de Compostela, Spain. He was awarded the title of Medical Specialist in Legal and Forensic Medicine and in Occupational Health, by the Portuguese National Board of Medicine, with the degree of Chief of Service.

The experience of professor Vieira in the field of legal medicine has enriched over time with studies that have led to his recognition as an international expert in this field as well as in the field of human rights and ethics. He was a Post-Doc in Forensic Medicine at the University of La Sapienza (Italy) and obtained Post graduated Diploma in Legal and Forensic Medicine, in Post Traumatic Bodily Injury Assessment and in Social Security and Work Medicine Expertise by the University of Coimbra.

Professor Vieira holds Competences in Health Services Management, in Bodily Injury Assessment, in Social Security Expertise, and in Experimental Pathology. He also holds a training certification in International Forensic Management by Justice Rapid Response and several training certifications in different areas of the forensic expertise by the International Committee of Red Cross, the United Nations, and several international scientific associations.

He was a member of the Portuguese National Council of Ethics and Life Sciences during the period 2011-2014.

He is also the Head of the Department of Forensic Medicine and Dean of the Faculty of Medicine of the Coimbra University.

Professor Vieira is an internationally renewed personality, with outstanding academic and professional activity.

Professor Vieira has a rich expertise in human rights protection and in examination of the victims of torture in conflict or post conflict areas. Since 2014 he has been the Chairman of the Scientific Advisory Board of the Prosecutor of the International Criminal Court and he is currently Member of Executive Committee of the Working Group in Forensic Pathology and Forensic Anthropology of the Permanent Committee of INTERPOL on Disaster Victim Identification and member of the Advisory Board of the Portuguese National Mechanism for the Prevention of Torture.

Since 2013 he has been the President of the Thematic Federation of Legal and Forensic Medicine of the European Union of Medical Specialists (UEMS).

Over time, Professor Vieira’s outstanding academic and scientific activity has been recognized by his leading positions of the most important professional associations in the field of legal medicine and related fields. To name a few, he was the President of the European Council of Legal Medicine, the International Academy of Legal Medicine and currently member of the Presidium Board and Chairman of its Scientific Council, President and permanent member of the Executive Board of the International Association of Forensic Sciences, of the World Police Medical Officers, of the Mediterranean Academy of Forensic Sciences, President of the Latin-American Association of Medical Law, Vice-President of the International Association of Bodily Damage, of the European Academy of Legal Medicine and of the Ibero-American Society of Medical Law. He was also member of the Board of Advisers of the American Board of Independent Medical Examiners.

The rich scientific activity of Professor Vieira is demonstrated by the over 350 scientific papers he has written as author or co-author, and by the 13 books of which 2 in French and 3 in English. His most recent book (Monitoring Detention, Custody, Torture and Ill-treatment: A Practical Approach to Prevention and Documentation, published together with Jason Payne-James and Jonathan Benyon), was awarded, last July, by the British Medical Association, the title of the best and “Highly Commended” book in English language of 2018, in the category of Basis of Medicine.

Professor Vieira has given, as invited keynote speaker, more than 700 keynote lectures outside of Portugal, in countries of Europe, Asia, Africa, Middle-East, Australasia, and of the entire American continent.

He is the author or co-author of more than 1.500 oral communications and posters presented in scientific events.

He supervised 15 PhD theses and more than 60 Master theses, and he has been member of more than 150 academic juris and other academic evaluation committees in European, Asian, African, Middle-Eastern and South American universities.

The important research achievements and the contributions of Professor Vieira to the development of legal medicine, both nationally and internationally, as well as his intense activity in the field of human rights and ethics, are also demonstrated by prestigious awards offered to him by international professional societies.

He has received honorary fellowship from 18 universities, scientific associations and academies (from Europe, North, Central and South America, Africa and Asia). He is a fellow of the American Academy of Forensic Sciences.

He has also been awarded with distinctions from different governments (Kosovo, Jordan, Egypt, Cataluña- Spain, etc.) and municipalities. He is an honorary Citizen of the City of Guayaquil, Ecuador.

He is Honorary Member of many national and international professional associations throughout the world.

Throughout his career, as a recognition of his invaluable support and contribution to the development of the field of Legal Medicine, Professor Vieira has received 15 scientific prizes (in countries from Europe, North and South-America, Asia and Africa) and was awarded by the American Academy of Forensic Sciences, in 2014, with the Douglas Lucas Medal Award, the most prestigious international award in the area of legal and forensic medicine.

Professor Vieira has also an outstanding international activity in both teaching and research. He is the coordinator of the European Post-Graduate Diploma in Forensic Medicine and Forensic Sciences (organized under the support of the University of Coimbra) and taught in several parts of the world.

He participated as teacher in more than 50 international training courses in several areas of forensic medicine and forensic sciences, organized in more than 30 different countries of the 5 continents, under the umbrella of national and international organizations and associations (International Committee of Red Cross, International Academy of Legal Medicine, European Council, etc.)

Professor Vieira has participated in more than 50 international missions promoted by the United Nations, International Amnesty, European Commission, European Council, International Red Cross, Organization of the American States, etc., especially in the field of Human Rights and in the specific area of torture and other cruel, inhuman and degrading treatments or punishments.

Professor Vieira has worked on a regular basis as temporary Forensic consultant for the High Commissioner of Human Rights of the UN, mainly for UN OHCHR and UNODC, in several international missions, and in the majority of the fact-finding missions promoted by the UN Special Rapporteur on Torture since 2006.

Along the years, Professor Vieira has had an important contribution to the improvement and organization of national forensic systems in many countries, such as: Kosovo, Macedonia, Bosnia-Herzegovina, Libya, Egypt, Palestine, Bahrein, Tunisia, etc. He has been member of several scientific committees, working groups, expert commissions, etc., at national and international level (especially in Europe and South-America).

He has witnessed, as a forensic expert, in the courts of several countries from the European, African and the American continent.

Professor Vieira has been President and organizer of the main international meetings in his area of expertise, and has been member of the organizing and scientific committees of more than 70 international congresses in countries belonging to the 5 continents.

Given the outstanding activity of Professor Vieira in the field of Legal Medicine and also in the field of human rights protection, his valuable contribution to the development of these fields at both national and international levels, it is a great honor for the medical academic community of “Grigore T. Popa” University of Medicine and Pharmacy of Iași, Romania to welcome within its ranks a prominent personality of modern science, researcher and educator.

By awarding Professor Duarte Nuno Vieira with the title of Doctor Honoris Causa, an honor truly deserved, we hope also to create a premise for a future collaboration between the University of Coimbra, Portugal and “Grigore T. Popa” University of Medicine and Pharmacy of Iasi, Romania.

At the end of this Laudatio, I wish to assure Professor Duarte Nuno Vieira of our utmost consideration, respect, admiration and gratitude. 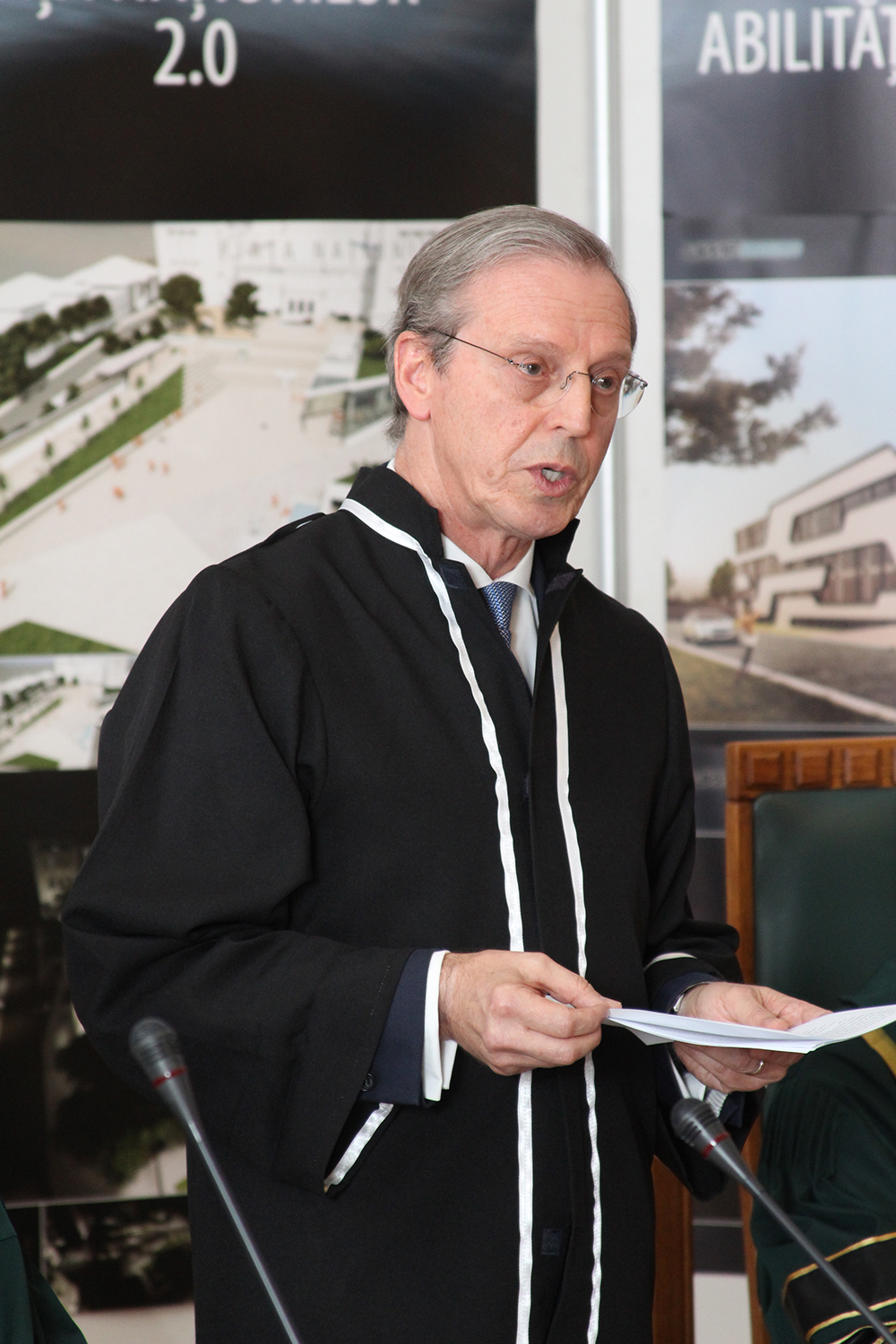 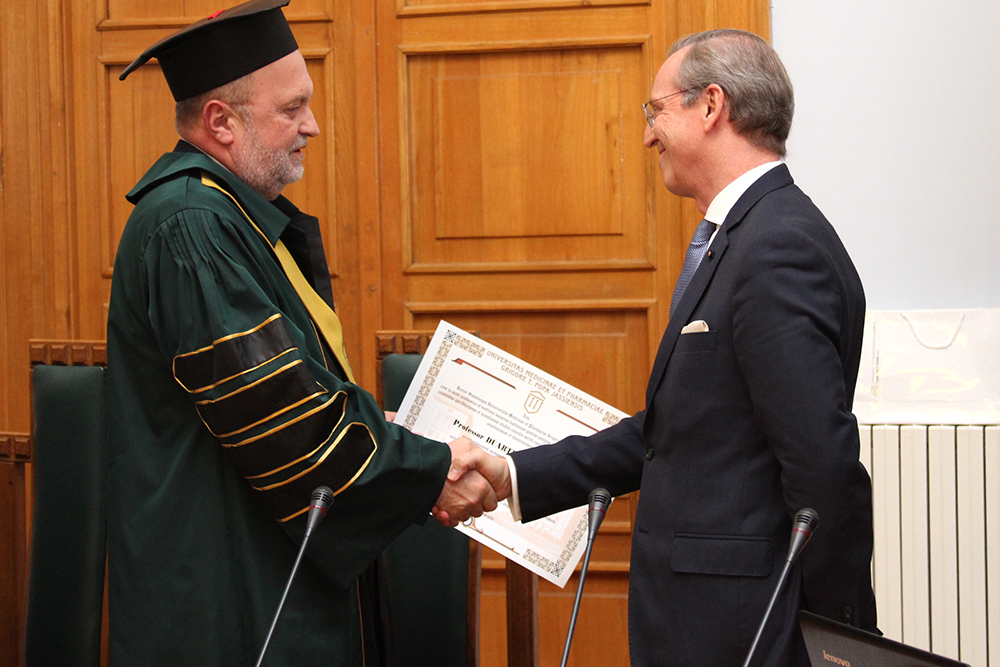 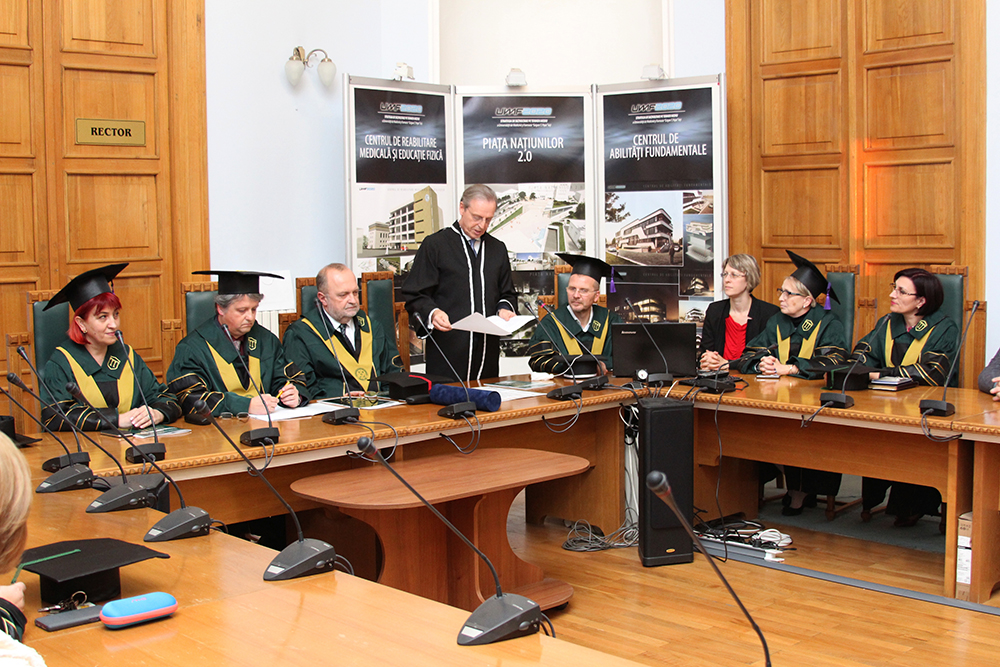 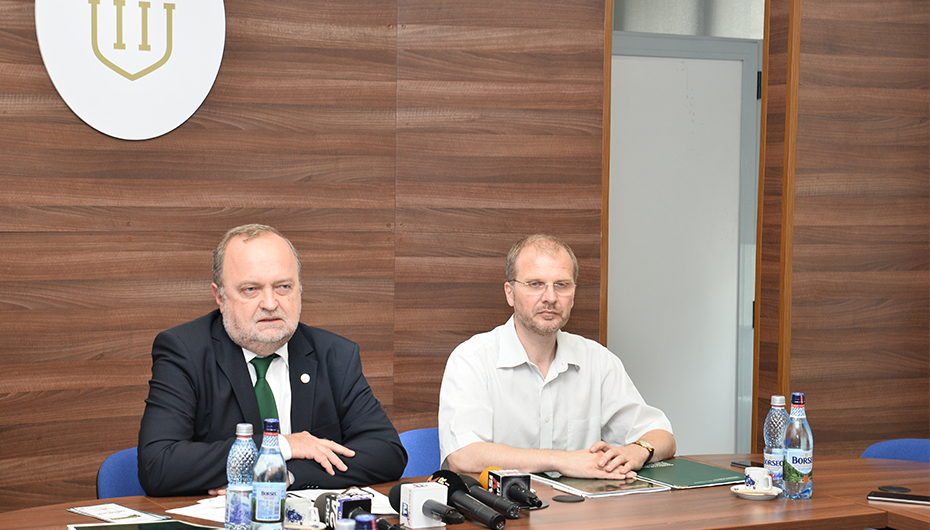 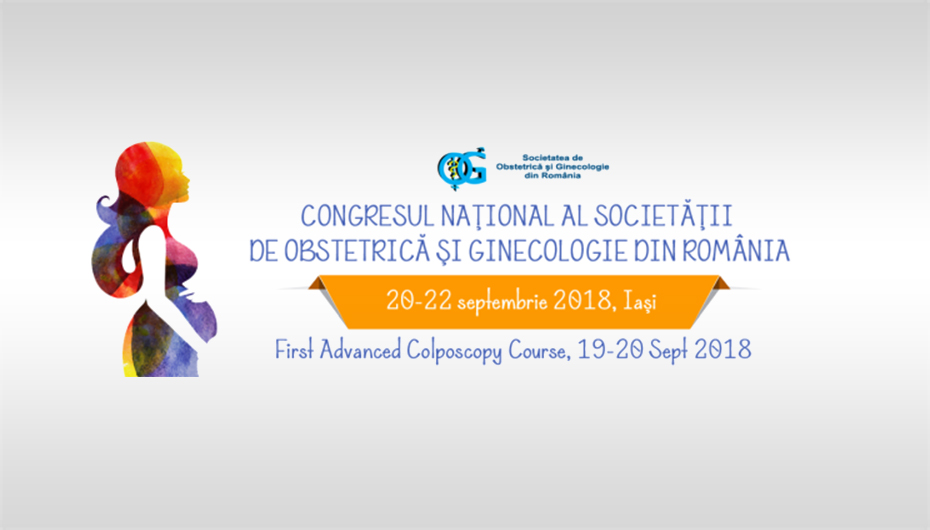 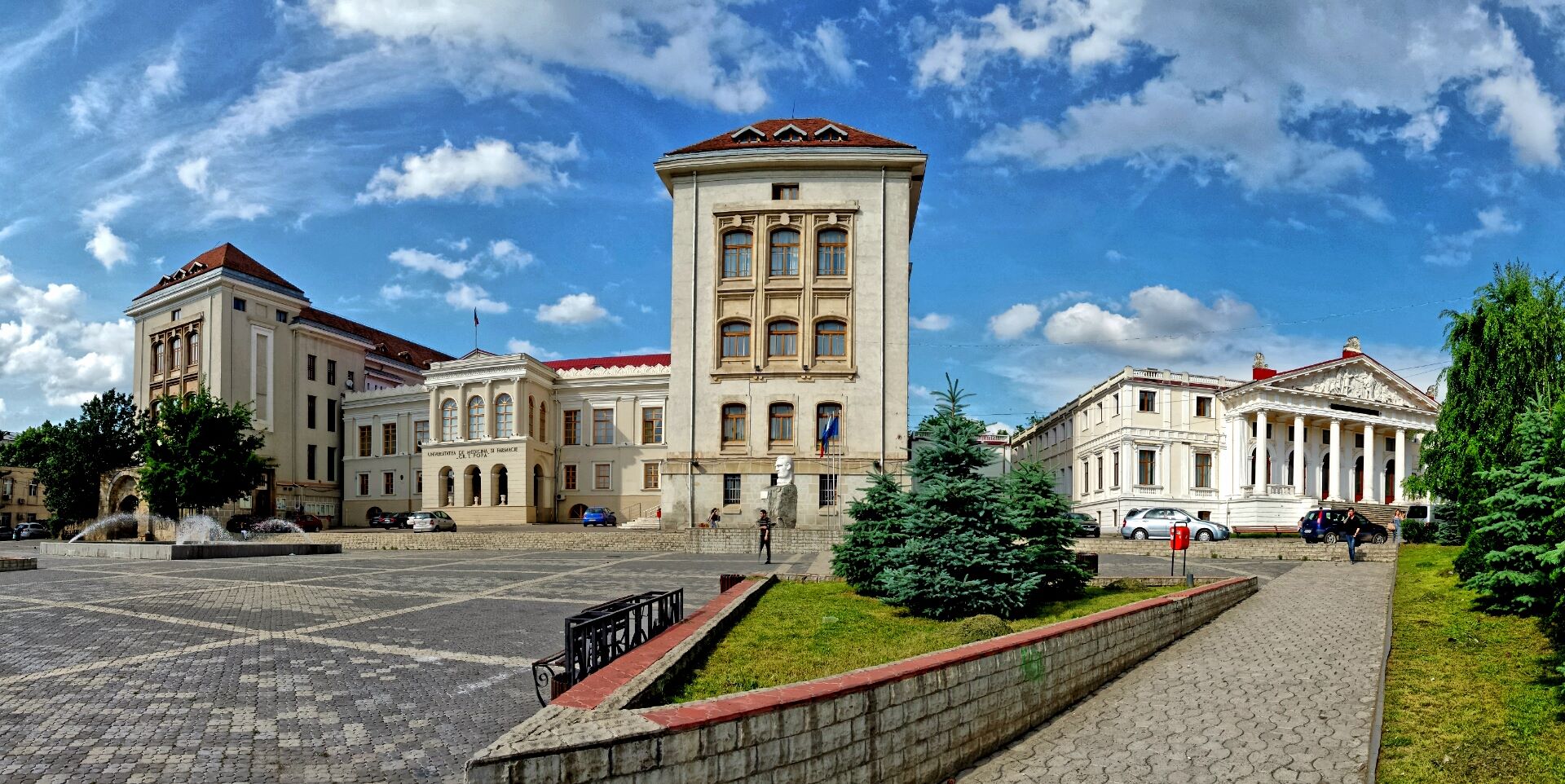 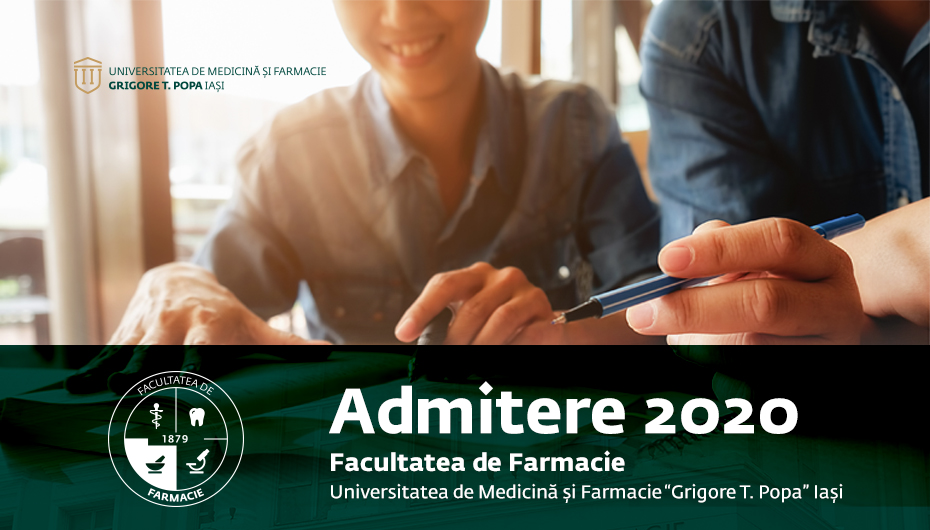 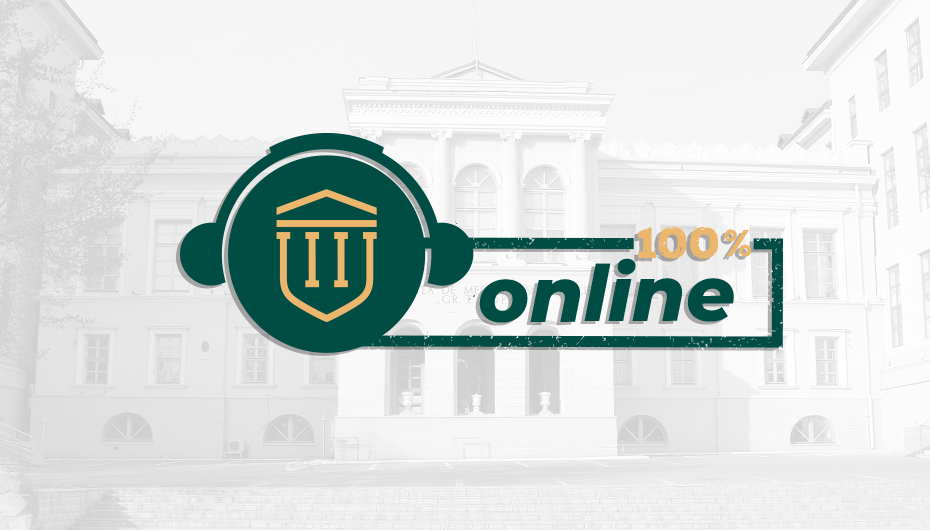 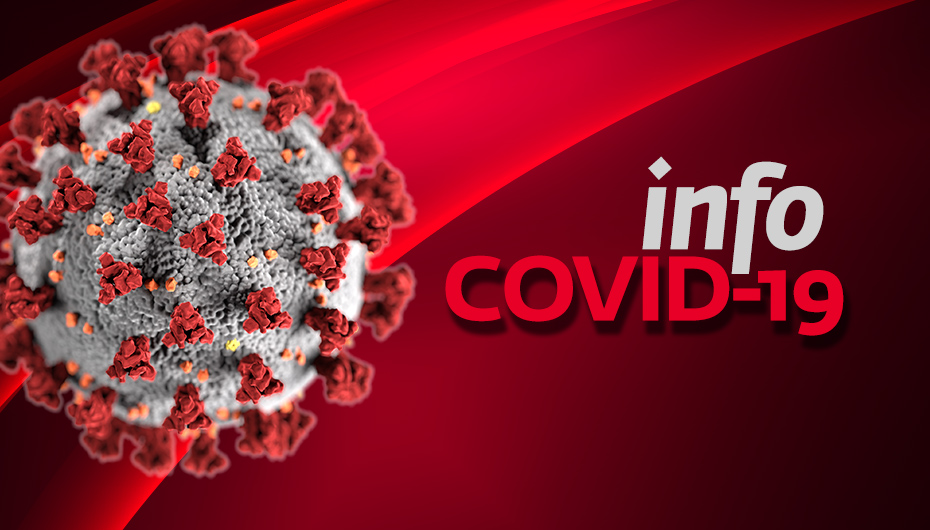